Can a gymnast feel bad about winning? 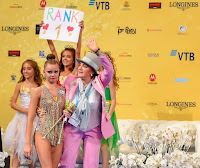 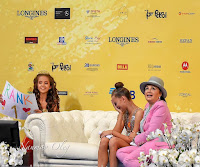 Yes. Here, Dina, is sad. She is angry with herself. She did not want to win. She wanted Arina to win. Why? Because she knows everything her sister has trained. Dina knows everything that Arina has worked on, and knows that Arisha deserved to win.

That day, in the morning, Arina had problems with the ribbon. Everybody knows. The ribbon of Arina became entangled and, to save time, she left it on one side of the carpet and took the first spare. What was the problem? That ribbon was broken. Arina had to run for the second one. She was not able to do much of her exercise. She got 13,800 points. She stayed in 49th place. But it was not her fault.

She had shown her strength, her desire to win, the desire to demonstrate her work. She wanted to show the work she could not show in Kazan. And she could not did it as well as she wanted and hoped to do in Sofia. But there is nothing to be ashamed of.

In the qualifications she got a first, a second and a third place, with hoop, clubs and ball. In the individual finals she got two bronzes, with hoop and clubs. She fought until the end. She did not give up. But the last exercise left her out of AA. 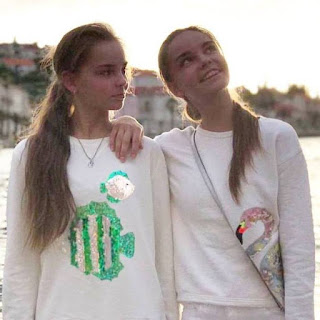